About the Port of Miami 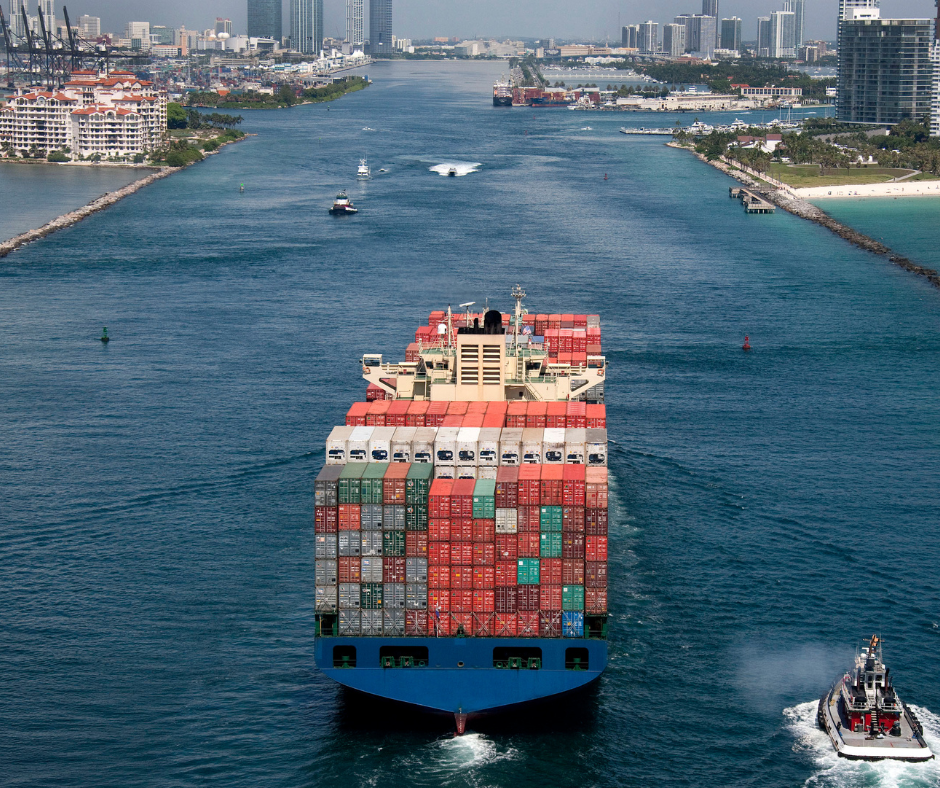 The port of Miami is a leader in terms of international cargo and intercostal travel. Dozens of cruise ships embark and disembark in the port of Miami. It’s even been dubbed the “Cruise Capital of the World” and the “Global Cargo Gateway.” But what makes this port so special?

Features of the Port of Miami

For starters, PortMiami is one of the largest commercial freight/cargo and passenger ports in the U.S. It is located on Dodge Island and Biscayne Bay at the mouth of the Miami River in Miami, Florida.

Additionally, the port provides more than 334,000 jobs annually. It is one of the world’s busiest ports bringing $43 billion into the community each year.

To become this impressive world-class gateway, the port invested $1 billion in capital improvements for cargo, including a deep-water channel (-50/52 ft depth) and new super Post-Panamax gantry cranes, as well as upgrades to its on-dock intermodal rail allowing the port to easily connect to more than 70% of the U.S. population in roughly four days. Additionally, the port added a fast access tunnel link to the U.S. interstate highway system. All of this combined has turned the port of Miami into one of the most desirable ports to use for shipping goods.

The infrastructure changes have allowed the port of Miami to welcome 300+ post-Panamax vessels requiring a -39 ft draft or deeper into the port.

The Port of Miami Future

These improvements have led to the port surpassing the 1 million TEO mark for seven consecutive years, and for 2021, the number soared to 1.25 million TEUs. The Miami port expects this trend to continue well into the future.

The U.S. Department of Transportation recently awarded the port of Miami a $16 million Rebuilding American Infrastructure with Sustainability and Equity (RAISE) grant for its NetZero: Cargo Mobility Optimization and Resiliency Project. The plan is to convert the entire cargo chain operation to a carbon-neutral operation from PortMiami to its final destination.

What Does PortMiami Mean to You?

If you want to learn more about the port of Miami and how it can support your cargo imports/exports, contact Southern Companies today!

The Holidays and Supply Chain
December 29, 2022